There was a Special Session on Coarse Geometry, Index Theory, and Operator Algebras: Around the Mathematics of  John Roe at the Spring Central and Western Joint Sectional Meeting of the AMS last weekend to which Christopher and I were invited to give talks. 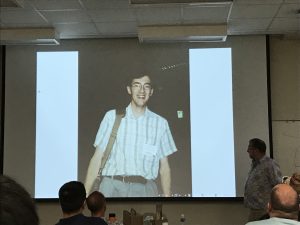 John Roe passed away last year. His personal webpage is still online for those who want to get a glimpse at all he was interested in.

Here are a few pictures from the meeting. In the first one you see Christopher Wulff giving his talk on solving some of John’s conjectures, the second one is Rufus Willett’s talk about Being a student of John Roe, and on the third one you see Qin Wang projecting a quote of John (you have to zoom in a bit to read it). (Unfortunately, I forgot to take a picture of Nigel Higson giving an overview of John’s mathematical work.) 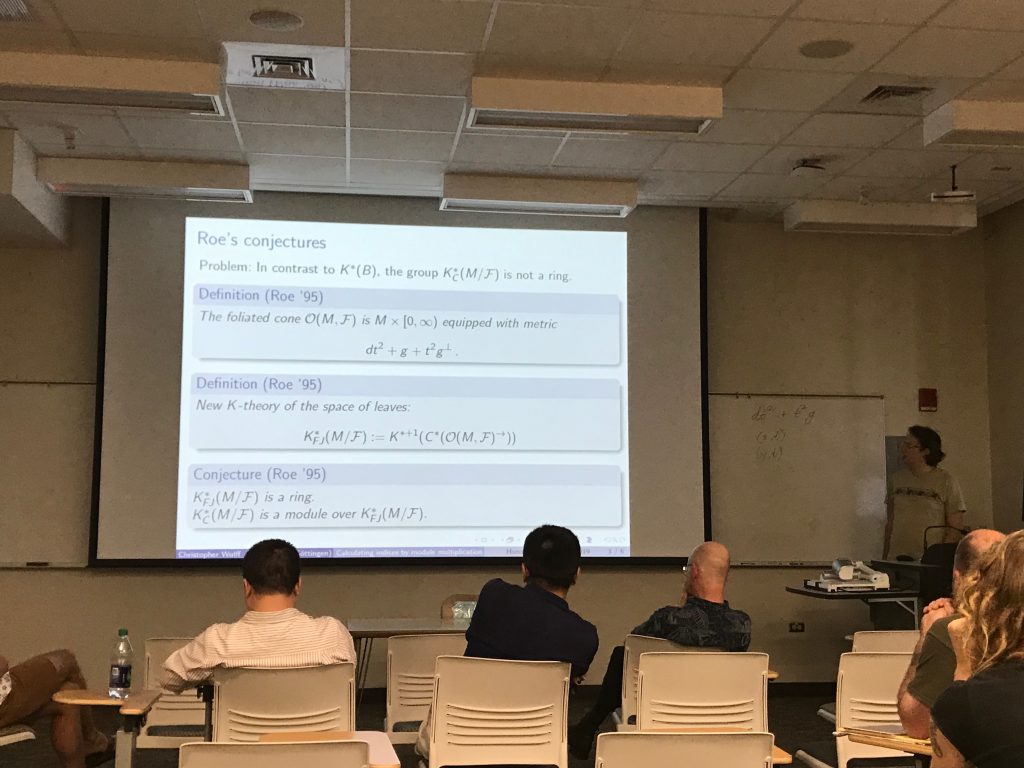 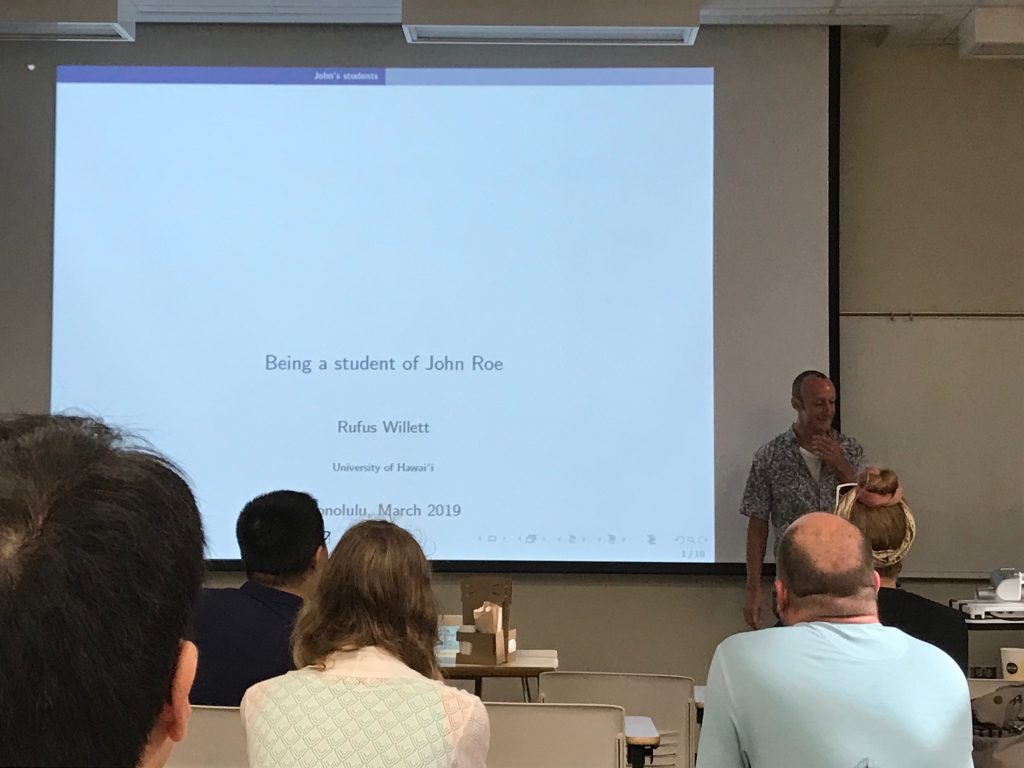 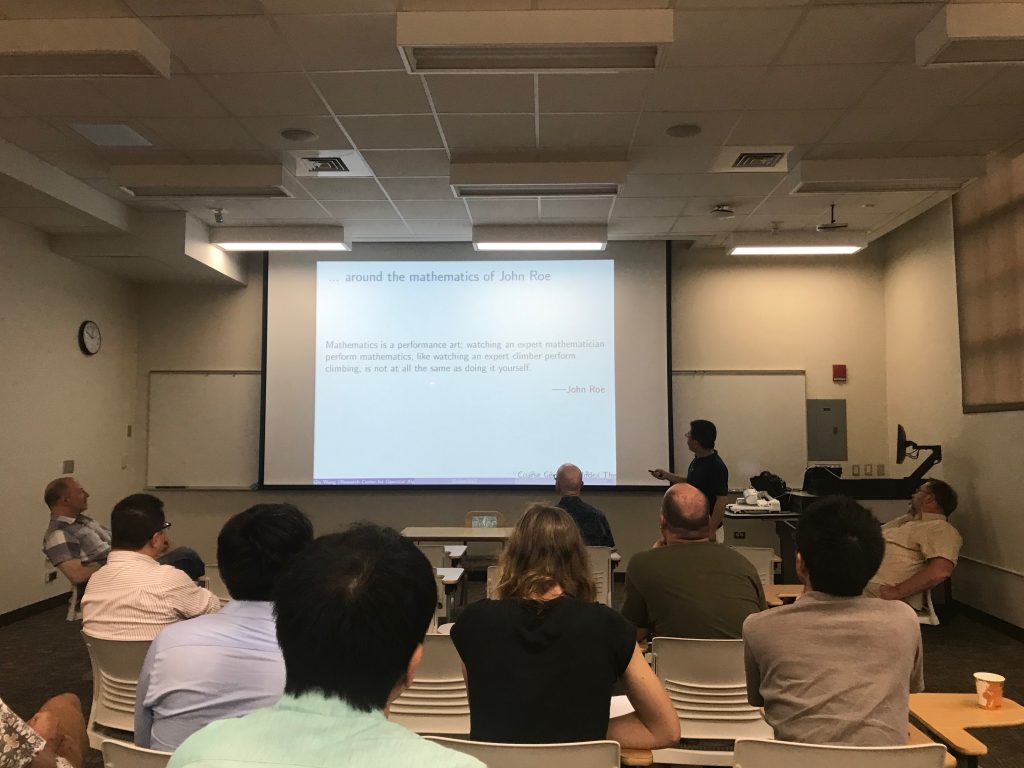 But the most interesting talk for me was by Sara Zelenberg about Mathematics for sustainability – the book with which John was occupied at the end (Sara is one his co-authors of this book). 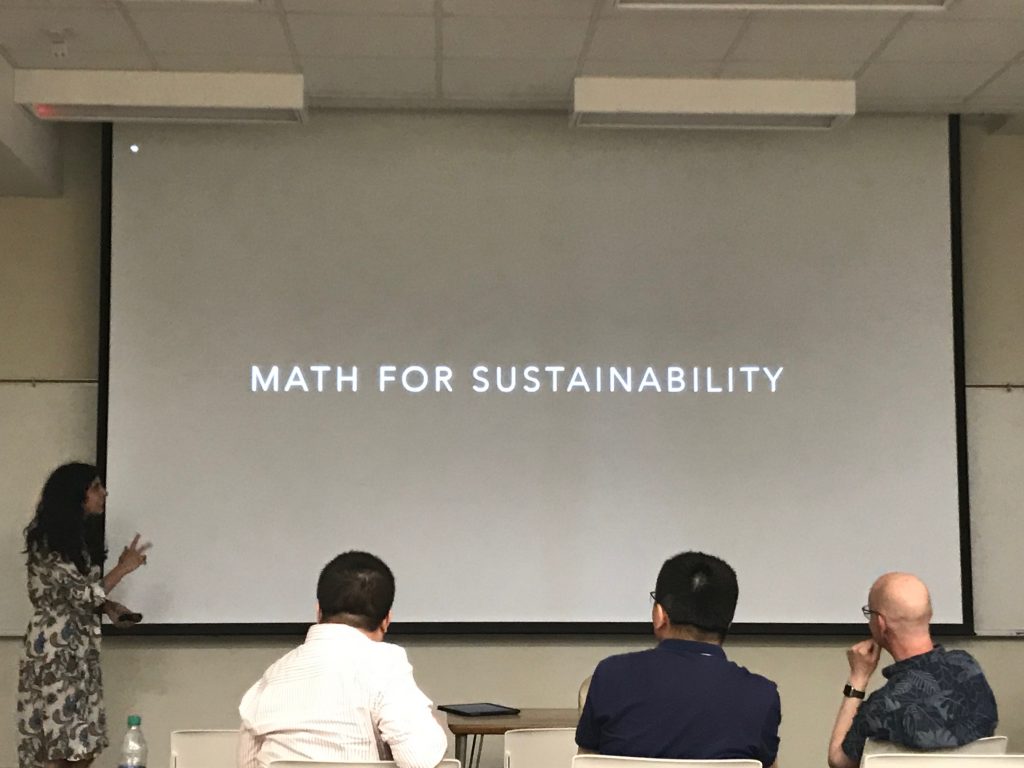 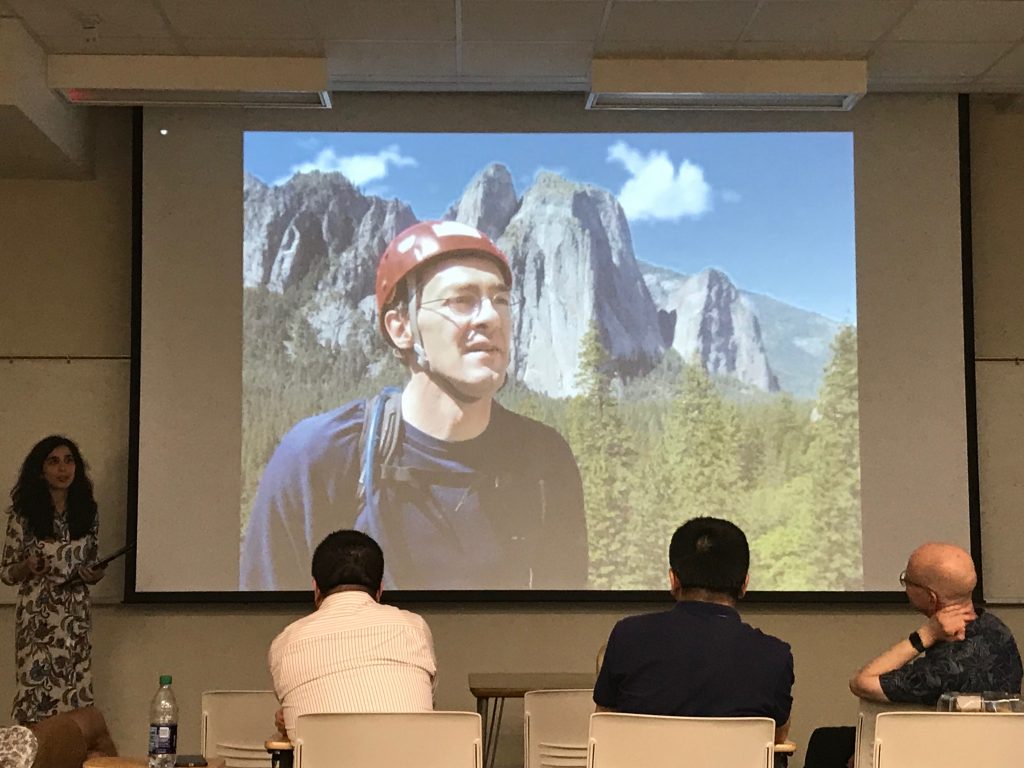 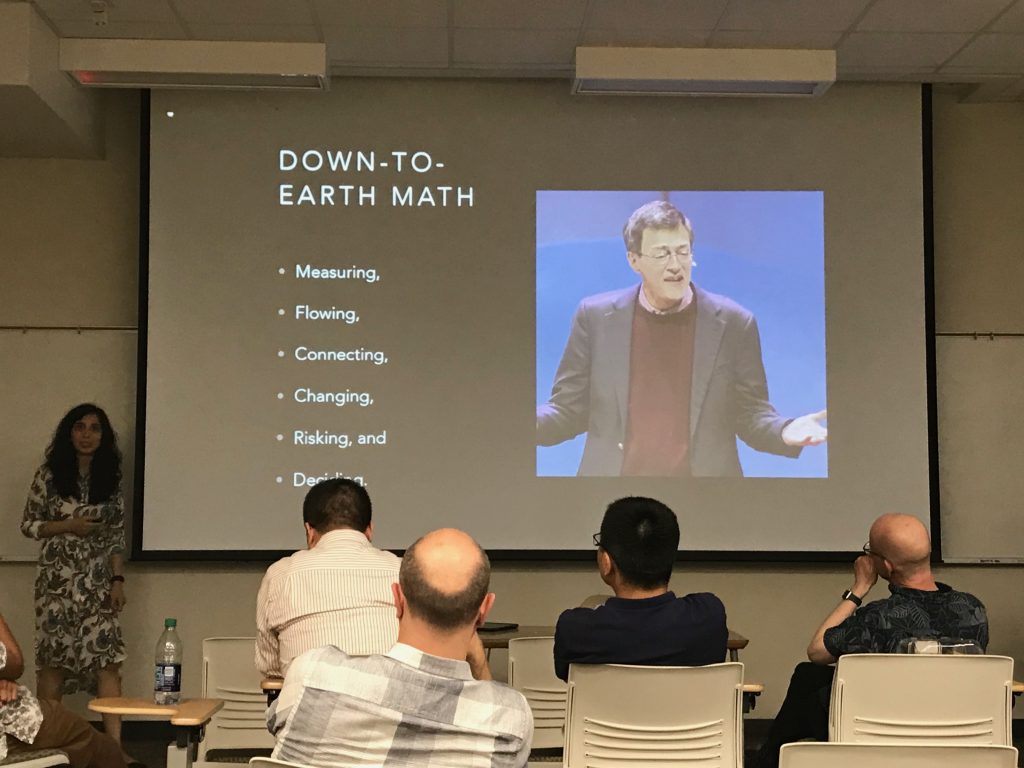 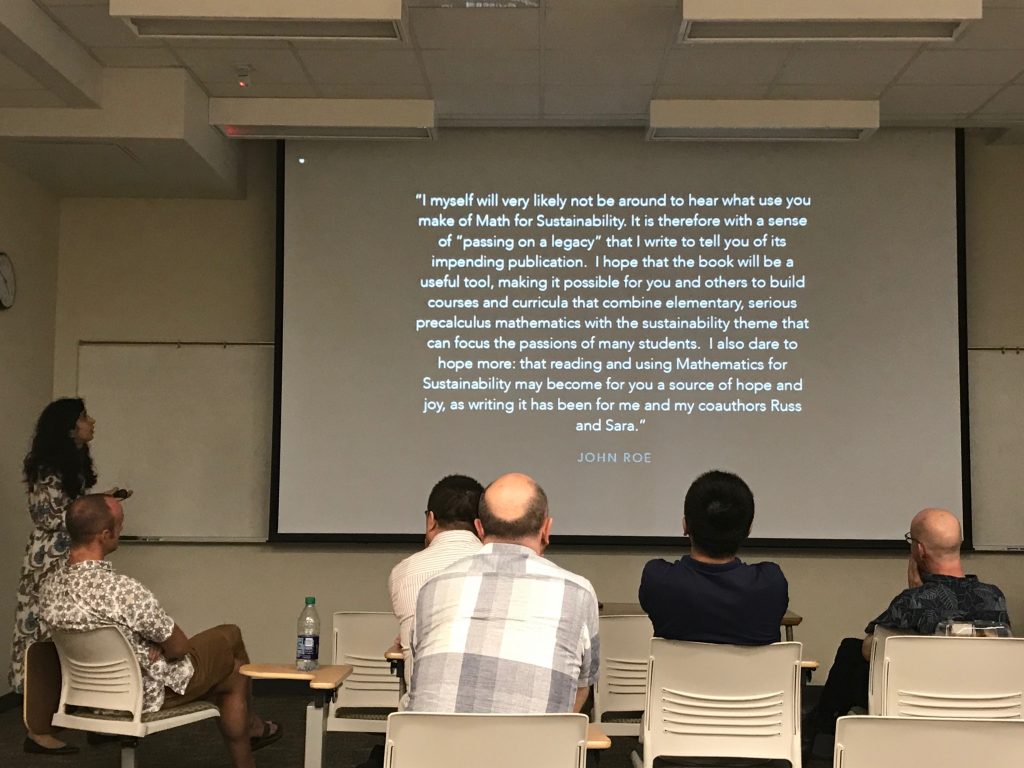 Let me finish this post by showing two pictures. The first one is the group picture of this special session, which was taken in front of a projection of an old conference picture (Paul Baum’s 60th). The second one is another picture from that conference (with naming provided by Nigel Higson). 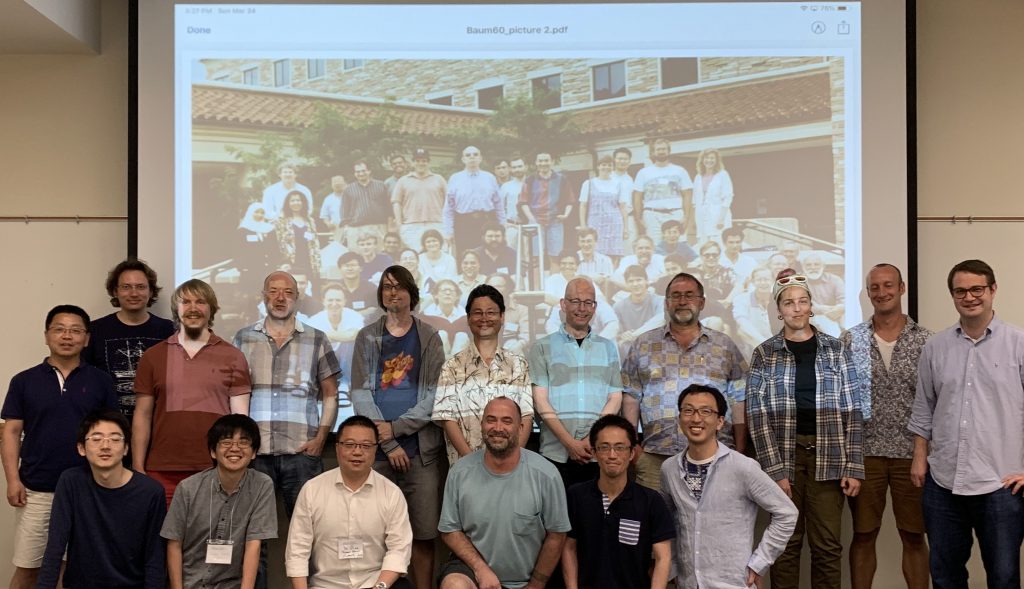 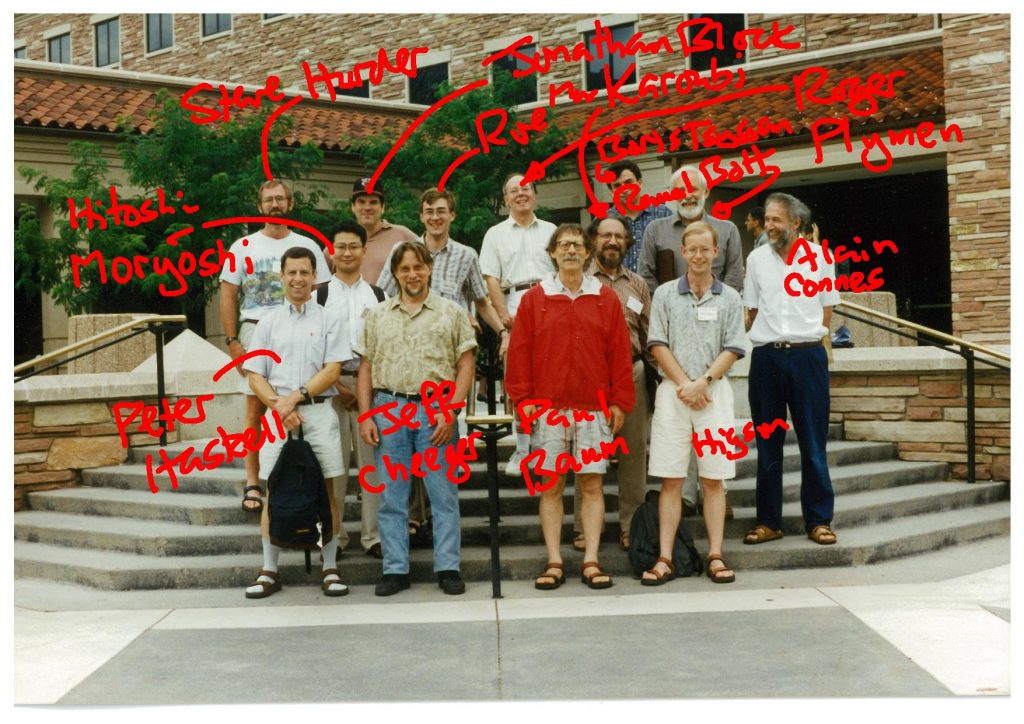